The Organization as a Machine: An Outdated Concept 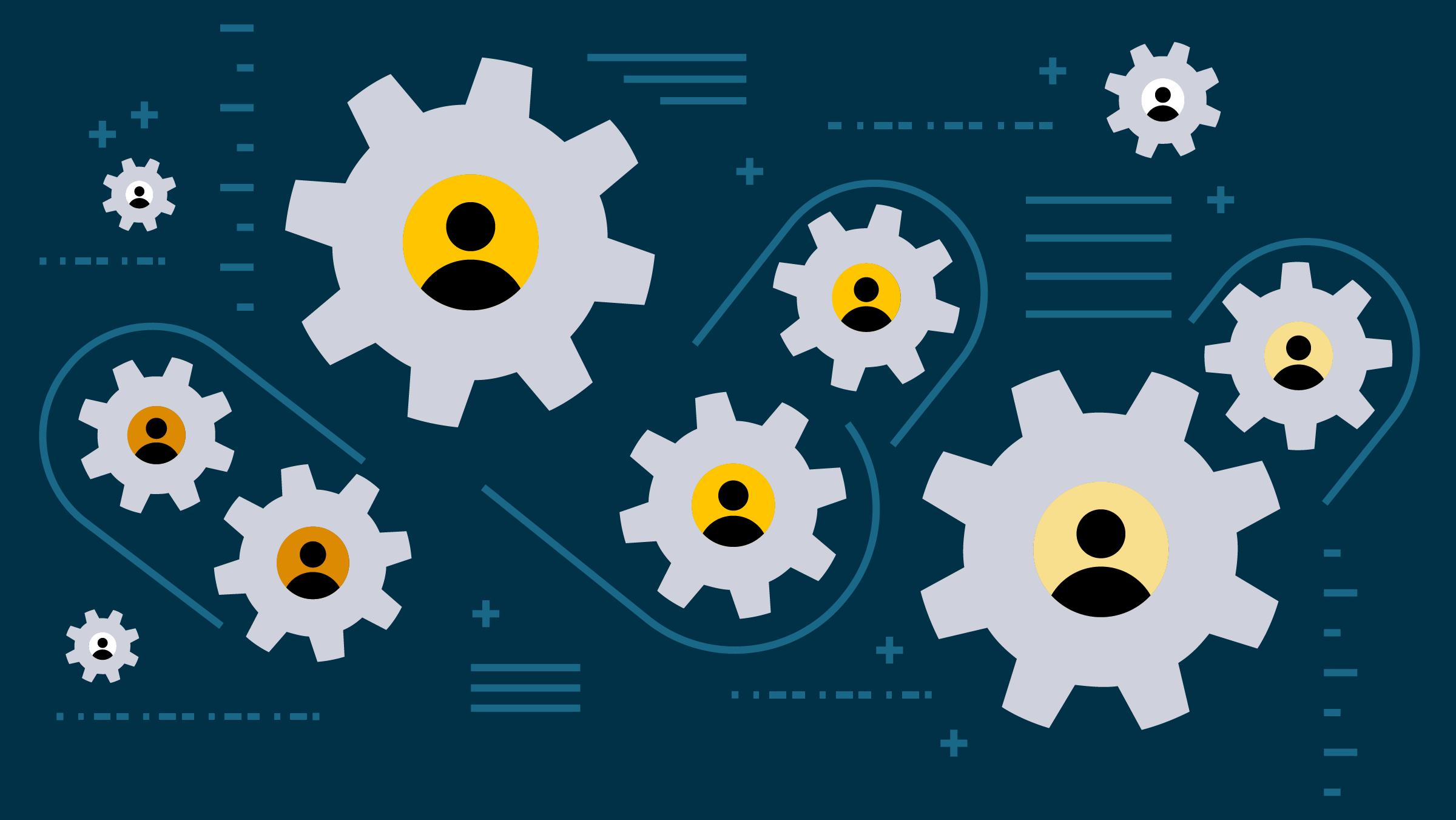 This blog post is excerpted from The Strategy Activation Playbook: A Practical Approach to Bringing Your Strategies to Life, by Aric Wood. Slated for release in September 2022, the book is available for pre-order here.

Our current approach to leading change in organizations didn’t happen by accident—it was the product of the era in which most management thinking developed.

We must look to history to understand how we got here. The modern organization is rooted in military history—at the time, the most efficient model for coordinating large groups of people to achieve strategic objectives. Though groups of humans have been collaborating throughout history, warfare hatched the first large-scale mobilization and coordination of resources united in an organizational structure. It has been present as a model for at least 10,000 years. 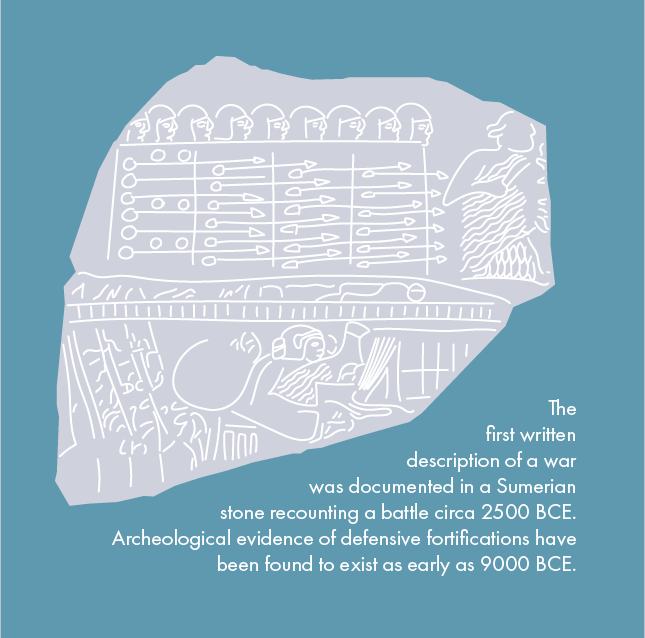 As we entered the Industrial Age, which required large groups of people working in a coordinated way, it was natural to leverage the military model as the most efficient model for corporate organizational structure.

Most managers had risen from the ranks of military experience, further entrenching military discipline and norms throughout the emerging corporate structure. This remained true through the formation of the modern business schools, whose coming of age occurred on the heels of World War II.

The impact of these influences remains today. It shows up in the language of business, for example – think of all the business jargon that clearly has military roots. Our actions are defined by missions, strategies, and tactics, which we roll out at all-hands meetings. In marketing, we defend our position to ensure that we don’t lose ground. To capture market share, we might use guerilla marketing. We talk about the chain of command, including leadership ranks and their subordinates, the boots on the ground and their frontline managers. We give people promotions and honor their years of service. Even my own business school was organized into cohorts—a structure modeled after the Roman legions.

Historically, men predominantly led and populated armies, lending not only an overtly military language to business but also a masculine one, impacting not only the words of business but also its culture. The structure favored men, creating a highly homogenous workforce, which was hostile to diversity of all types, especially women. Theses impacts are also still apparent, with 94% of current Fortune 500 CEOs being male and 68% of those being white.1

As a result, we’ve been trained to think of organizations as homogenous and mechanistic, with a clear set of rules, a command-and-control structure, and the ability to leverage hierarchy to get things done quickly by issuing top-down directives to reallocate resources to meet objectives.

The metaphor of the organization as a machine becomes apparent – an easily programmable structure that will run the “program” that we define, and then pivot in a new direction as soon as we provide new instructions.

By and large, this was true up until the end of the 20th century. The corporate structure and the needs of the organization were tantamount, and the individuals in the system were seen as “human resources” – in effect a cog in the wheel of the machine, easily replaceable when they wore out.

This was easier to maintain with a homogenous workforce, leaders trained in the command-and-control mindset, and a prevailing system stacked in favor of the employer. For most of modern history, this was the context that ruled the world of work.

What changed? A number of factors:

The influence of military tradition is on the retreat

The untangling of the military from modern organizations is accelerating, and its influence is waning. When President Dwight Eisenhower described the intersection of military and corporate entities as the military-industrial complex in his farewell address of 1961, military spending represented 9% of the U.S. economy. Today, that has shrunk by two-thirds to 3 percent, driven by reduced peacetime spending, technological efficiencies of scale, and privatization.2

In addition to the military playing a smaller part in our overall economy, it also employs significantly fewer people and plays a much smaller part in the grooming of our leadership ranks (pardon the military jargon). According to research by Benmelech and Frydman, as recently as 1980, 59 percent of the CEOs of large public corporations had served in the military. By 2013, only 6 percent were led by CEOs with military experience.3

As a result, the influence of structure, process, language, and behaviors rooted in the military experience are waning in our organizations, creating space for new ways of being and a proliferation of different models of organizational design and management.

The modern workforce has greater power and increased protections

While labor revolts like the peasant revolts in medieval England have occurred throughout history when workers rise up to fight for fair working conditions, the Industrial Age elevated this to a human rights issue at a scale too large to ignore.

Though power was once universally in the hands of employers, in the last century global labor rights movements have shifted the balance of power towards employees.

This was accelerated by the advent and influence of global organizations. In 1919, the International Labour Organization (ILO) was formed as part of the League of Nations to protect workers’ rights, and this organization was later incorporated into the United Nations.

Under the United Nations, several workers’ rights were described and incorporated into two articles of the Universal Declaration of Human Rights of 1948, which has now been signed by 192 nations.

While we may take these changes for granted, it is important to understand that it’s been less than a century since these rights were acknowledged, let alone implemented. In the United States, for example:

Let’s pause to realize how recent these changes are. If we consider the era of the modern corporate organization to have begun around 1760, at the beginning of the Industrial Revolution, we have only recently seen these significant shifts in the balance of power between employers and employees.

These changes paved the way for the organization to become less of a machine and more like an organism: in balance, with employees empowered as stakeholders in the system. While we have a long way to go, it makes sense that these shifts require us to consider how our old systems of managing change need to change.

The modern workforce is less homogenous

Our workforce is more diverse than it has ever been, and this shift is accelerating as the structures of homogeny are being actively removed.

Racial diversity is also increasing more rapidly than ever. According to research4: 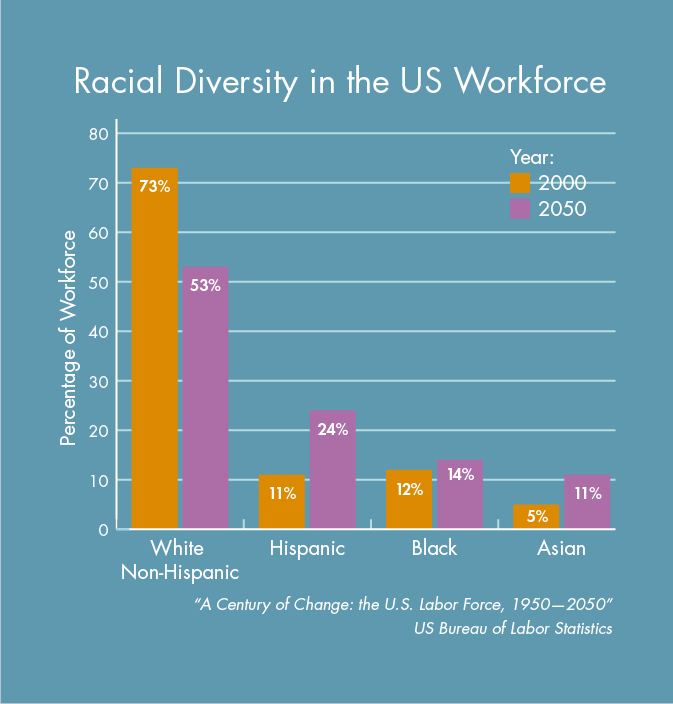 But the above shifts are part of a much bigger change taking place in business. While each and every one of them has contributed to the shift in our current context, there’s also a larger story to tell.

Probably most transformational, the very basis of competition has shifted in the modern world: from productivity, efficiency, and output to creativity, innovation, and purpose.

The business models that we're operating are trailing the era in which we live today.

The systems we live and work in were designed in the past. They were created to serve the Industrial Age, which valued productivity, efficiency, and return on capital above all. The systems did the job they were supposed to do, but they didn’t anticipate where we were headed: into an age where human creativity is the most valuable resource.

Klaus Schwab, executive chairman of the World Economic Forum and author of the book The Fourth Industrial Revolution, states: “I am convinced of one thing—that in the future, talent, more than capital, will represent the critical factor of production.”5

As we look at the evolution of business over time, it becomes apparent what’s happening: The business models we’re operating under are trailing the era in which we live today. Our structures have remained largely remnants of the Industrial Age, even as we’ve been living in the Information Age. And while we’re catching up to that shift, we are yet again already moving into the next age – Purpose.

As leaders, we need to take a longer perspective on what’s happening around us to anticipate the direction of change and begin building new approaches today to guiding change in our organizations tomorrow.

To learn more about strategy activation, we recommend the following tools and resources: