Rapidly growing as a leader in an emerging uncharted space, MURAL is transforming the way people collaborate online. To align its team, its investors, and its partners, MURAL needed to create a clear vision, a supporting strategy, and an operating system to execute, measure, and manage its strategic initiatives. In addition, MURAL sought to build the entire system within MURAL, role-modeling the ability to grow and scale a global company entirely within its digital platform.

XPLANE worked with MURAL’s executive team to craft a clear vision and supporting narrative, and then shaped the supporting 3-year strategy outlining how MURAL would achieve its vision. The strategy was detailed in a series of corporate and functional initiatives, which the executive team tracks visually in its digital “control tower” built entirely within MURAL. This ensures leadership alignment in executing the strategy and its workplan. The vision and strategy were activated with supporting communications to key stakeholders including employees, investors, and strategic partners. 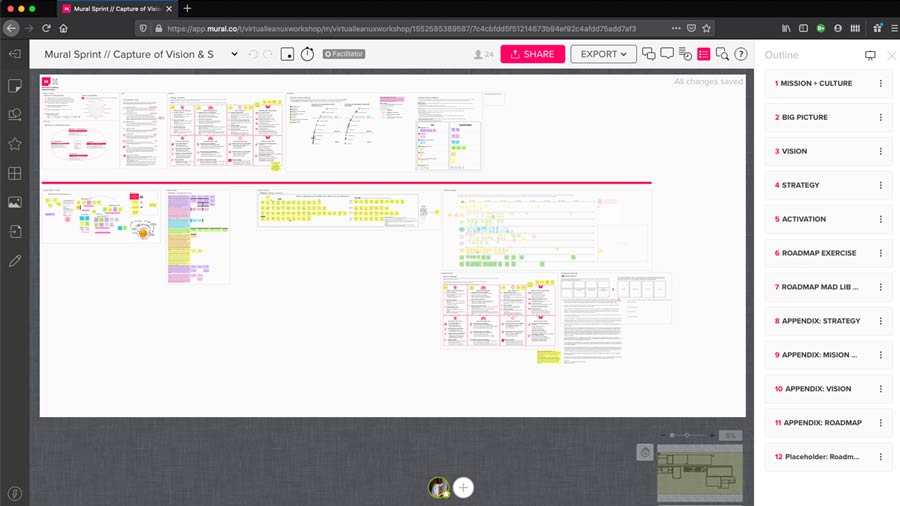 Let's talk about your goals and possible solutions.

Fresh from our hardworking problem-solvers and transformation gurus, our library of skill-building resources get people engaged and aligned around change. 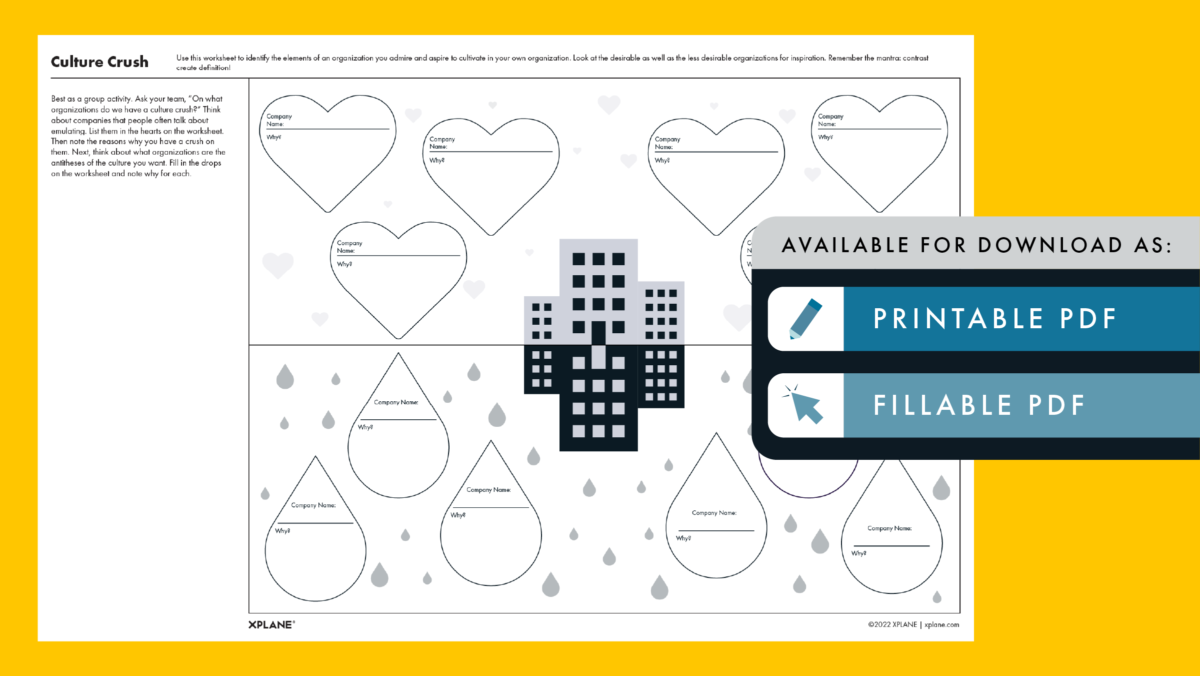 < Worksheets Culture Crush Used for clarifying specific elements of the culture you aspire to by looking not just at desirable cultures but also undesirable cultures. Remember the mantra: contrast creates definition! Now available in two formats: 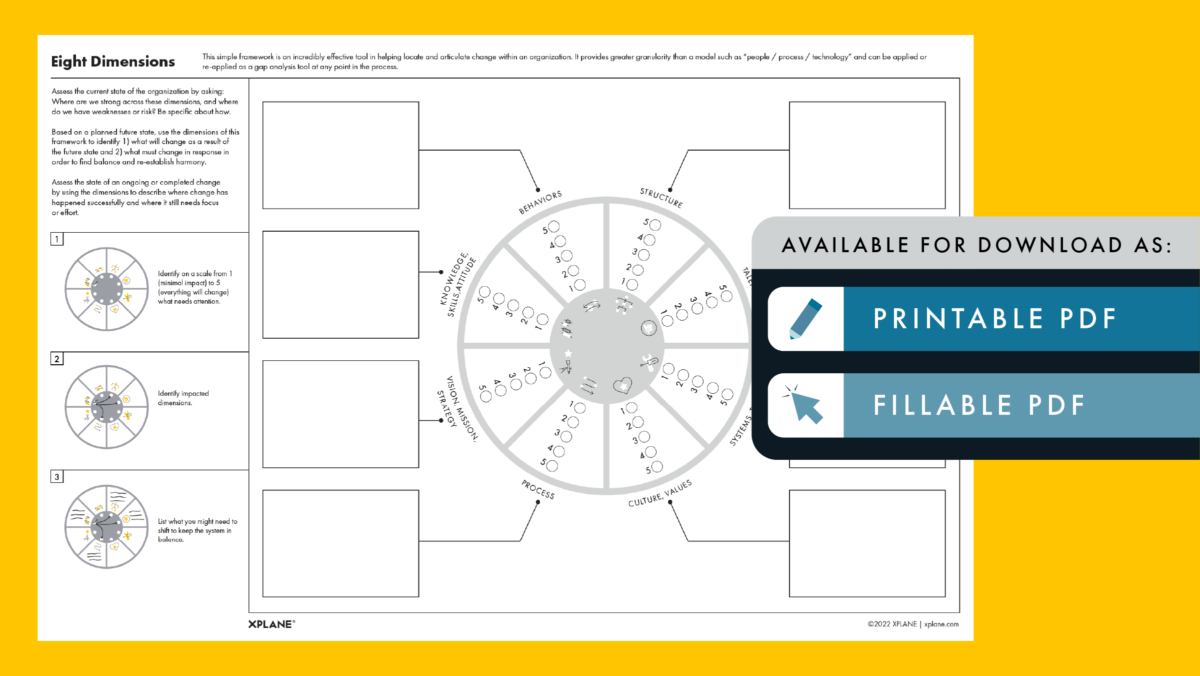 < Worksheets Eight Dimensions With this worksheet, you can lead your team through a quick brainstorm of what changes might be required to successfully implement plans, and achieve your organization’s longer-term vision. Now available in two formats:

Expand your mind and supercharge your initiatives. Our blog is home to a stunning array of insights, tips, and tools waiting to be explored. 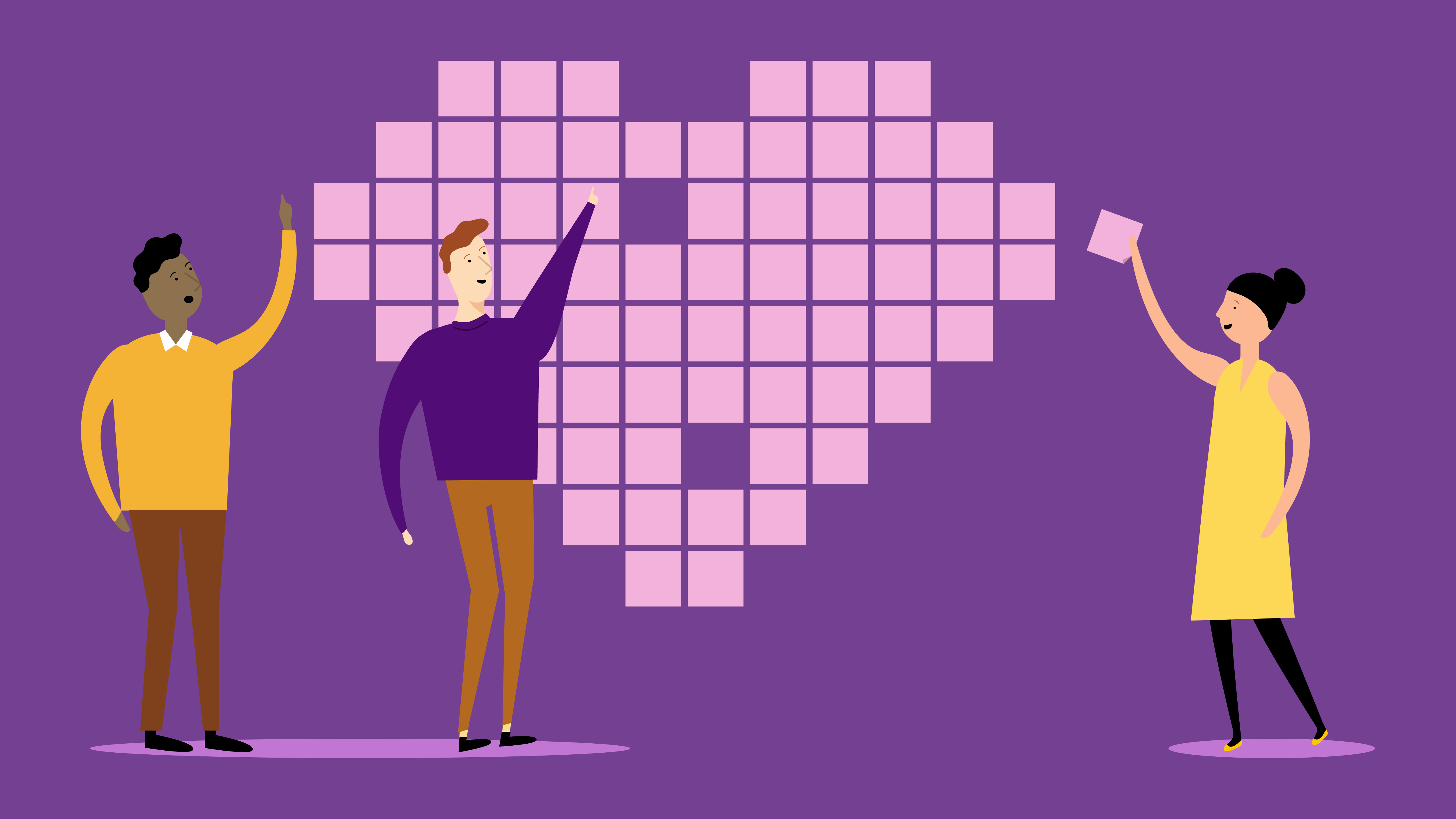 Make Your Workplace a Magnet for Top Talent

If you want to attract and retain top talent, it might be time to level up your organization’s employee experience. Here’s our five-step recipe for creating a workplace with happy employees who want to stick around. 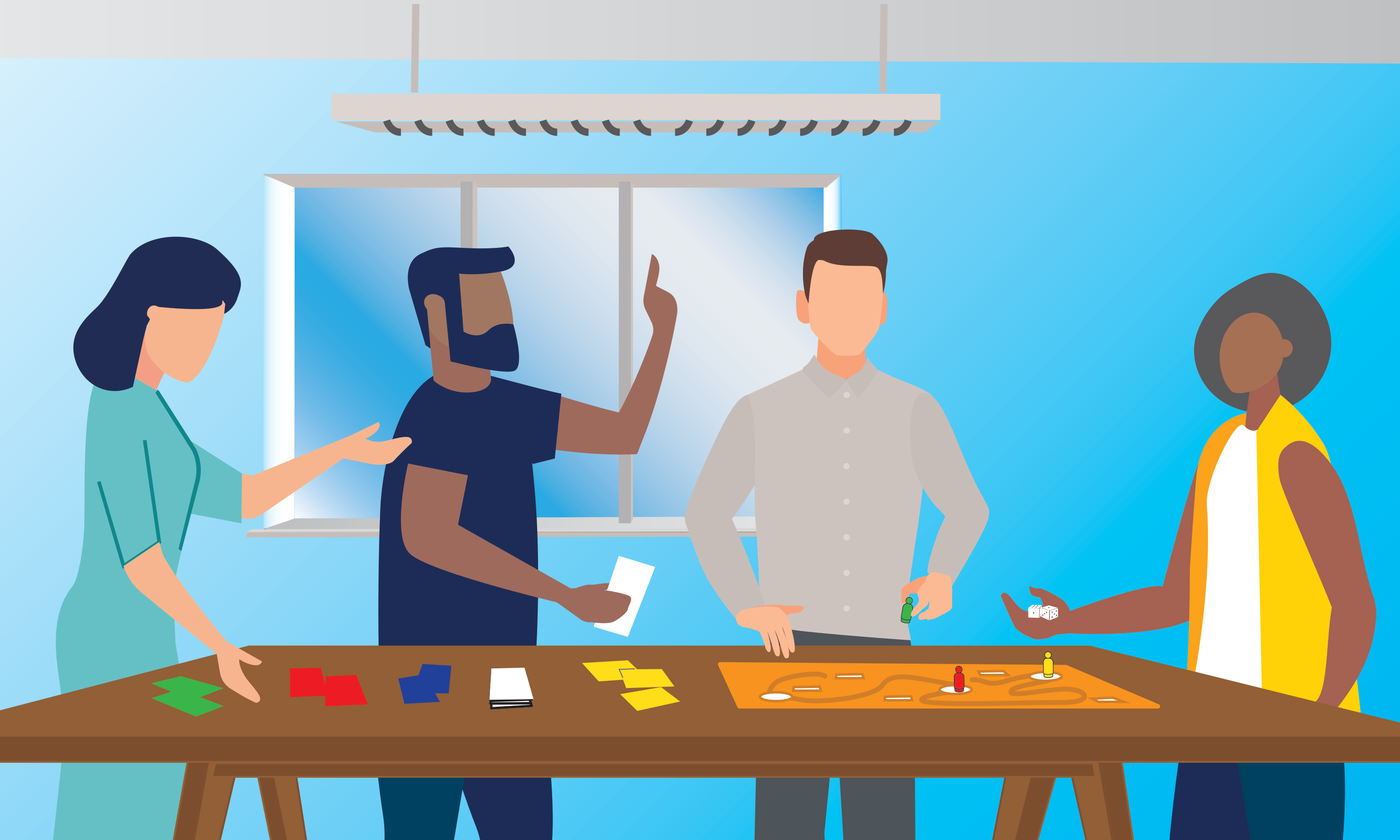 The Secret to Developing Your Staff and Improving Performance

While domestic companies spend a staggering $100 billion per year on corporate training, only one in four business leaders feels the results are worth the investment. One effective solution is a real game changer to this conundrum; it will engage employees and enhance performance—while offering fun along the way.

Bust through organizational barriers with approaches that work. Our expert-led webinars offer mighty tips and tools to get you unstuck and on the road to success. 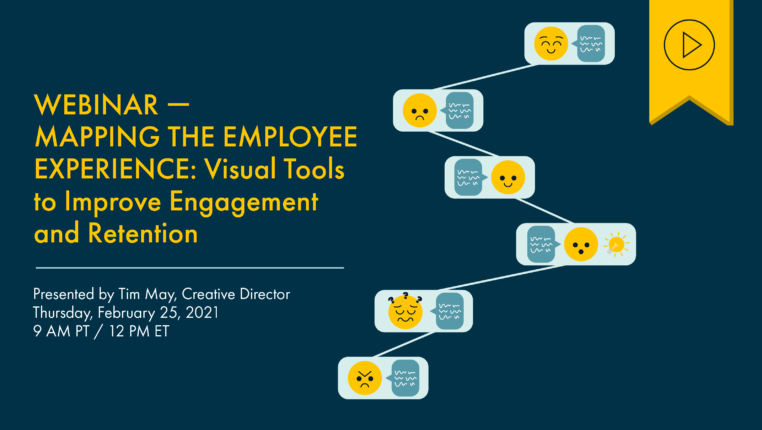 < WEBINARS Webinar Recording: Mapping the Employee Experience: Visual Tools to Improve Engagement and Retention While customer journey mapping has become an essential means of understanding the various customer touchpoints with an organization, mapping the journey of employees at your 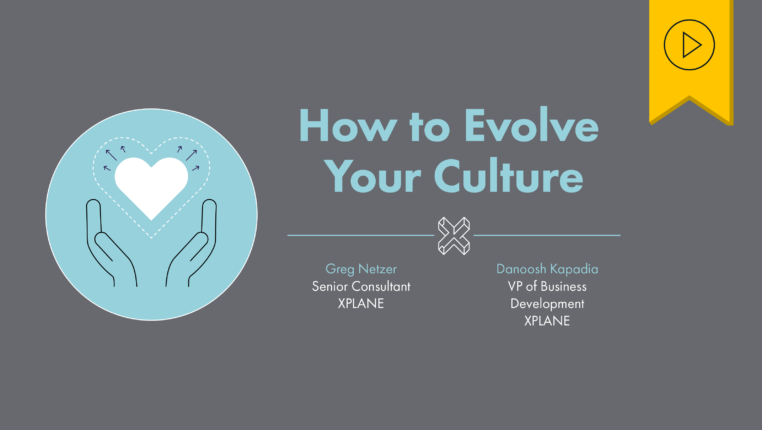 Webinar Recording: How to Evolve Your Culture

Those of us who are fortunate enough to continue to work after the emergence of COVID-19 have discovered that how and where we do our jobs have changed substantially. In this webinar, we talk about the elements of an organization’s culture and review a framework you can use to improve it.