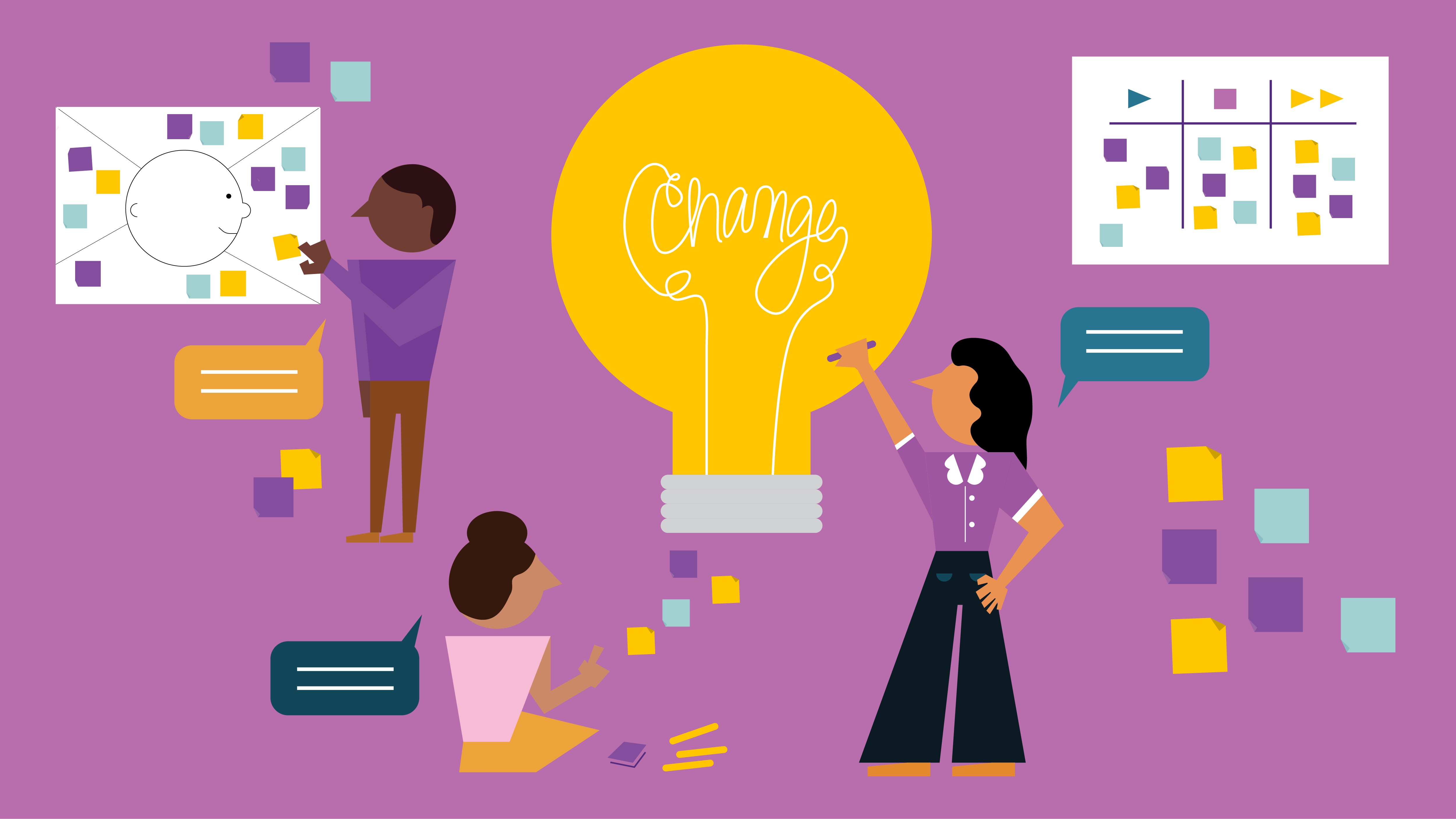 How many times have you seen new initiatives arrive with a flurry of excitement, shiny new ideas, and a slew of promises that quickly dissipate without explanation?

Whether due to poor strategy or poor follow-through, one thing is certain: most of us have experienced new initiative fatigue.

The Struggle to Succeed

In my previous role as a program manager for Student Success and Retention Initiatives at a Portland-area college, I realized we were experiencing a major case of this fatigue. It was commonplace to hear sentiments such as “this is the place where ideas come to die” from leaders and staff alike. Trust had eroded steadily over time, and the revolving door of new faces and novel initiatives did nothing to improve our success.

Feeling like we had arrived at an impenetrable mindset, I started to look for alternatives to re-engage and re-invigorate stakeholders. One place that seemed to be doing things right was just around the corner.

Portland State University’s Office of Academic Innovation and Student Success, a former XPLANE client, had become a visual thinking machine in their own right by using visual collaboration and community-based design to lead new initiatives.

After following their projects, talking to their PMs, and taking XPLANE’s Visual Thinking Bootcamp to learn visual collaboration, I started using three powerful new tactics to shake things up, build momentum, and eventually create the type of disruptive change that moved things forward.

I took this concept to heart. Everything from our meeting minutes to our everyday communications became visual and open to public contribution. We used sketching, post-ups, and simple visual frameworks to share challenges faced by both students and staff that impeded student success.

I wasn’t looking for great art; the simpler, the better. I wanted to show daily barriers, bureaucratic pains, and everyday headaches, so that they would be viscerally felt, easily understood, and would solicit collaboration.

And, boy, did this work! Not only did the visuals help build momentum—they unearthed deep frustrations and created a groundswell of urgency.

I redesigned our closed, low energy, discussion-based meetings into open workshops in which students, staff, and faculty worked shoulder to shoulder to create solutions. This turned passive meeting consumers into active participants!

Modeled after XPLANE’s discovery workshops, my approach employed a clear activity-based agenda. We also used collaborative tools and visual frameworks every time—from a simple empathy map to the stop/start/continue framework.

Redesigning meetings around a framework helped more voices be heard, built energy around ideas, and left us with actionable next steps. Best of all, it broke up the “same old, same old” looped discussion that left us feeling like nothing was accomplished.

My team and I quickly learned that anyone can be a great visual facilitator with a little extra planning, a library of selected frameworks, and no shortage of sticky notes.

While we naturally adopted a bias towards action, action without visible markers of progress fizzles even the most fervent support.

By switching to visual maps, visual meeting minutes, and visual stories, we kept stakeholders informed and engaged over the long haul. Where most people at the college lost sight of other projects, we made a point of showcasing our work. With something new and interesting to show every time, we cut through the “new initiative” distraction.

Even when things moved slowly, we were always able to show forward progress and could point to the evolution of a project. More importantly, we were able to point to contributions made by students, key stakeholders, and supporting leaders who had joined us in co-creating the project.

This created sustainable support and an engaged group of participants, which allowed us to make the kind of groundbreaking progress we’d been trying to bring about for a long time.

Get Your Initiative Rolling!

I’m convinced that progress is possible through visual thinking and use of this handy set of tactics.

If you’re feeling stuck in getting your initiative off the ground, we invite you to learn more about how you can lead change through the use of visuals.

See when XPLANE’s next Visual Thinking Bootcamp is taking place. We hope to see you there!