How to Draw Your Idea and Move People to Action: An Exercise in Visual Communication 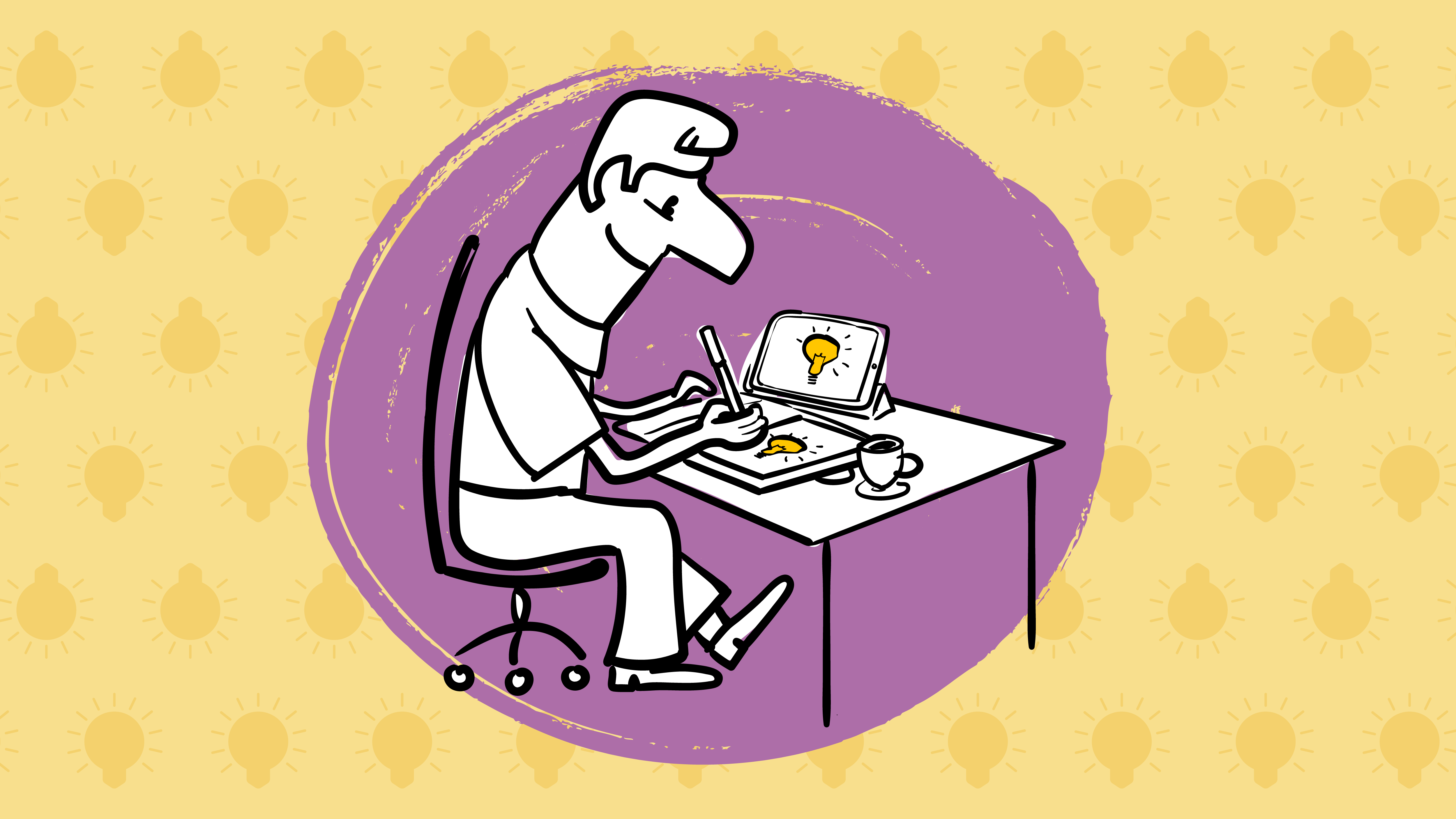 Want to help people understand and move ideas to action quickly? It may be time to try your hand at drawing your ideas. Visual communication creates excitement and resonance in a way words alone cannot—best of all, you need not be an artist to get results. We’ll show you how.

When you need to get an idea off the ground quickly, there’s nothing like drawing it out to turn heads and inspire action.

From the earliest cave drawings, humans have been communicating and connecting through pictures for 30,000 years.

And most of us use visual thinking daily—we just don’t call it that. We use terms like emojis, icons, and even written alphabets, which are all made up of different shapes and glyphs and used as a means of communication.

The Power of Visual Thinking

No one-trick pony, visual thinking has the power to help people see, understand, and agree on what they’d like to accomplish.

That’s because visual thinking externalizes your ideas, getting thoughts out of your head to:

And while visual thinking is most often associated with drawing, it’s not limited to that. Visual thinking also incorporates the use of sticky notes, objects, and even people in role-playing.

But this post will focus on drawing—especially drawing your idea.

Why Should I Draw My Idea?

The world is a complex, busy place. Drawing your idea can help you communicate it faster and with more clarity than words alone. Drawing your idea helps people better understand it, and they’re also more likely to be inspired by it. Plus, drawing is fun!

Further, the ability to share your thoughts clearly and persuasively in short bursts—especially in a hybrid environment—is invaluable to leading and co-creating with teams.

As you can hear from this interview with Dave Gray, visualizing is a core competency rarely taught but fundamental to the way we communicate.

Another reason to draw your idea: words are more memorable when visuals are involved. Science shows us visuals are recorded deep inside the brain, which means drawings, doodles, and images resonate more deeply than a paragraph of text. When people draw, they activate different parts of their brain, which helps them understand and tell a different, more detailed story than they’d ever be able to tell without it.

Science also shows us our brains are hardwired to read visual information.

Approximately 75% of our brain’s sensory neurons are dedicated to visual processing. And of all the information our brains process, pictures are retained at far higher rates than words. This is called the Picture Superiority Effect.

Get Ready to Draw Your Idea

You don’t need to be a professional artist to draw your ideas. The only thing you need to do is put objects together to communicate your idea.

How do you go about this?

Just like learning to write requires one to learn the 26 characters of the alphabet, learning to draw requires learning some foundational “characters.” Fortunately, there are only 12, and once you’ve mastered these, you can draw anything.

Grab paper and a marker, and practice drawing the “characters” outlined below (aka The Visual Alphabet). 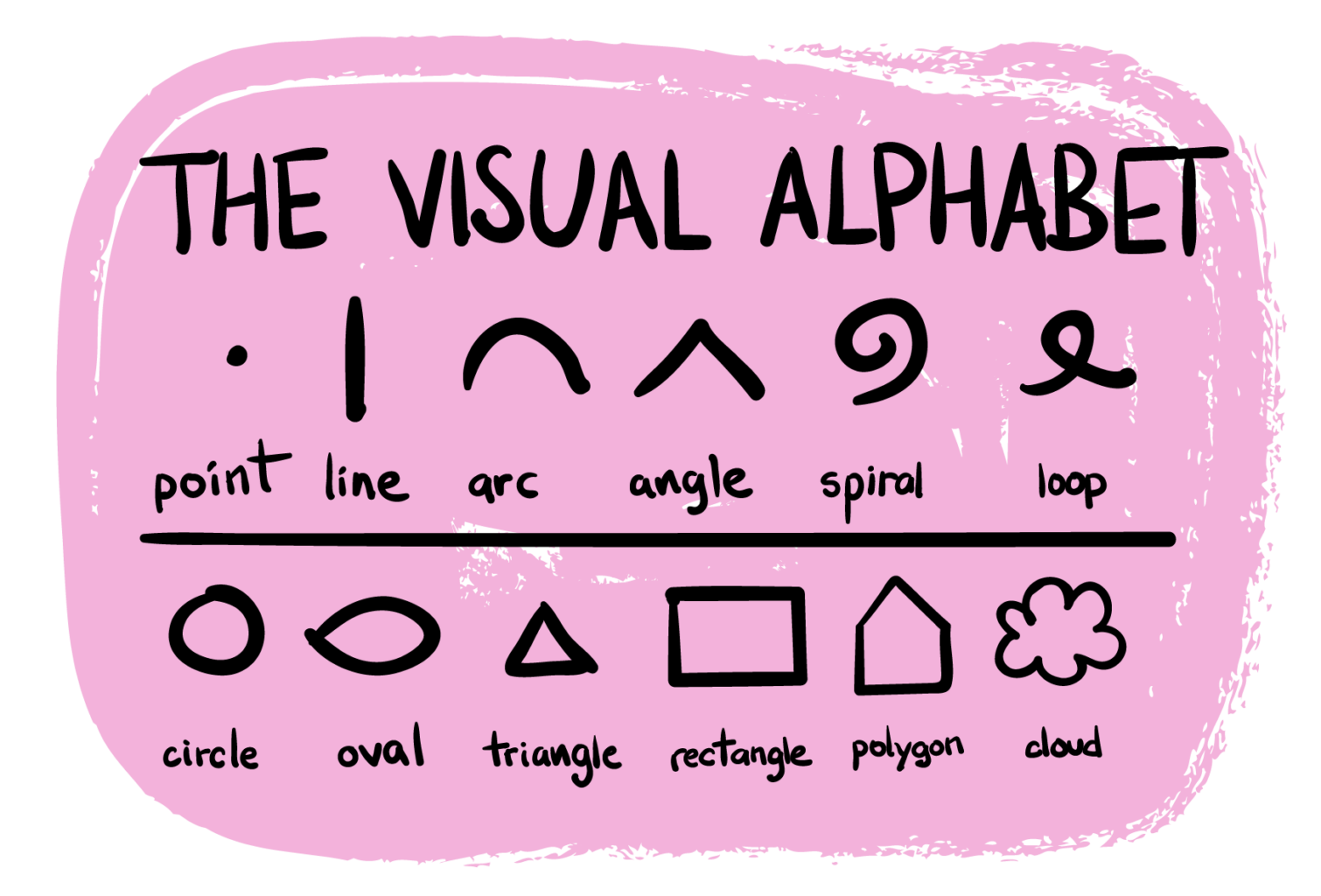 Now try using a combination of the characters above to create objects such as glasses or a coffee mug.

For inspiration and examples, you may want to download XPLANE’s “How to Draw Your Idea” booklet. This free booklet is full of fun drawings you can master and quickly put into practice.

As you expand your library of drawings and gain confidence, you can begin using visual communication at work. Drawing your ideas, you’ll help teammates better follow your thinking, build on your ideas, and see possibilities and disconnects clearly. When people understand and are aligned with their co-workers, they can take action.

For a quick guide to drawing your ideas and expanding your skills, download our “How to Draw Your Idea” booklet.

For a deeper dive into exercises that encourage you to experiment and simplify how you approach drawing, storytelling, and defining processes in your workplace, check out XPLANE’s Visual Thinking Bootcamp.

And to read more about visual thinking and visual communication, we recommend the following:

Never Underestimate the Power of a Picture