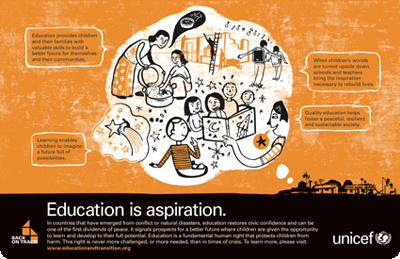 PORTLAND, Ore. (June 24, 2010) — On June 21, XPLANE, A Dachis Group Company, was named the winner of two 2010 Stevie American Business Awards in the categories of Best Animation/Illustration and Best Motivational Video & Film. The company was also a finalist for Best Advertising, Editorial or Design Agency and Best Design. â€œWeâ€™re thrilled to have the UNICEF education series and â€œDid You Know? 4.0â€ recognized by the Stevies,â€ said Parker Lee, vice president of business development and marketing. â€œBoth of these projects are not only unique but also extremely powerful in the message they convey. To have them be recognized within the business industry is very rewarding.â€

ABOUT XPLANE
XPLANE is an information design consultancy that drives better results for many of the world’s leading organizations including Microsoft, Nokia, ITT, and BP. XPLANE is a new kind of consultancy that drives innovation through the combination of its employees’ diverse expertise, including journalism, consulting, technology, marketing, training, illustration, interaction, process improvement, information design and architecture. Global XPLANE headquarters are in Portland, Ore. USA; European headquarters are in Madrid, Spain; additional locations are in St. Louis, Mo. and Amsterdam, Netherlands. www.xplane.com