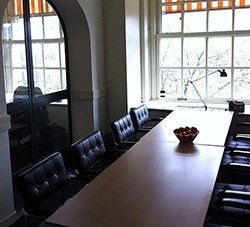 Three years ago, XPLANE opened its office in Amsterdam, Netherlands. The office represented XPLANE’s strong growth in Northern Europe and desire to have a closer presence with key customers. Today, we are proud to tell you that the office is expanding as a result of continued client growth and the need for additional staff. XPLANE is bringing on new local talent and relocating two members of our U.S.-based team to Amsterdam. Shawn Wright and Charyl Looper are relocating to Amsterdam from Portland, bringing the number of current full-time staff to four.  We recently had the opportunity to talk with Shawn about her relocation plans:

Q: What prompted you to take the leap and move to Amsterdam?

A: This is an incredible opportunity to work professionally in another culture and also to help build XPLANE’s reputation globally.

Q: What does the move mean to you?

A: Personally it means leaving friends and family behind, and starting anew! It’s scary and exciting at the same time.

Q: What will be your role in the Amsterdam office?

A: Senior Project Manager and all-around support person where needed.

Q: Shawn, you lived there before – tell us about that experience.

A: This is actually my third time living and working in Amsterdam – though only my second time with XPLANE. When I came over here three years ago, it was a short-term stay of six months, during which I was part of a three (eventually four)-person team that was helping establish XPLANE’s presence in Amsterdam. Since then the team has moved into an office located along the famous canal, the Herengracht, which is where we plan to call home for a very long time!

Q: What are you most excited about?

A: Everything! I love Europe, and Amsterdam in particular. While I already feel completely “at home” here, I find myself walking around in a constant state of amazement and wonder. My favorite thing? Not having to drive anywhere!