Tackling Company Culture Through Business Change on the Worklife Podcast 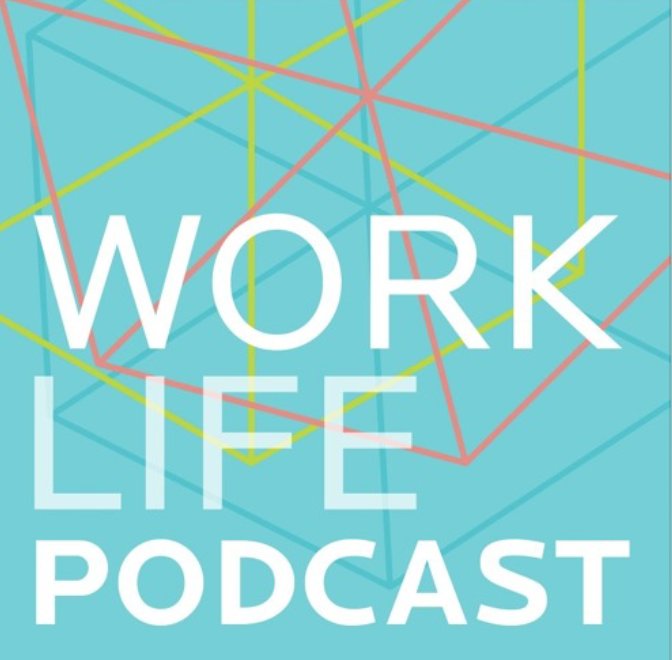 Successfully tackling culture change through the launch of a new business strategy is not an easy task.

You may have the right strategy ready to roll out, but hidden cultural challenges under the surface can quickly destroy any progress. Even further, when we quizzed 475 people about their biggest roadblocks to implementing strategy, the majority of assessments resulted in company culture. When siloed teams are undermining a united vision of the future or those advocating the new strategy lack trust within the organization, strategy implementation stops dead in it’s tracks.

How do you successfully communicate a strategy change in your organization and get your employees on board? How do you inspire all levels of your organization to change their behaviors and head in the same direction? How do you shape company culture? XPLANE founder Dave Gray faced these question head on with the people behind the Worklife Hub podcast last week. Here’s a recap of some of his interview.

What is your advice for tackling the company culture aspect of business changes?

Dave Gray: Well I think first of all it’s important to understand what people mean when they talk about company culture. Some people say culture and they really just mean everything that isn’t written down, everything that we don’t understand. When they have a problem with change, people will often blame the culture: they say the people are resistant to change. I think people are not necessarily resistant to change… people like change. You might see a manager pointing at her team and saying this team is resistant to change, but at the same time you will see that everyone on the team is using smartphones where five or ten years ago, they were using old school Nokia phones. People naturally change. I think the difference is that people don’t like change when it comes from their boss or when someone’s telling them that they have to change. It’s resistance to being ordered around. Nobody likes to be ordered around.

The way that you approach change has to change. You have to get people to participate in the change and get excited about it. Give them a role in designing the change.”

Go to your people and say let’s work together to figure out what the problems are and work together to improve it. Let’s make a process that’s going to work better for everybody; for us, for customers, and for the business as a whole. Generally, people will get excited about that. That’s where you see the transformational aspect of it. If you look at companies like Toyota, who was one of the pioneers in employee-driven workplace improvement, there’s still a lot of tremendously valuable lessons there that have not been learned by a lot of organizations. There’s a tremendous amount of success that has already been figured out and plenty of people who have lots of experience that you can learn from.

I think there’s a tendency in a lot of organizations to maybe try and keep doing it the way that we’ve always done it, even though it hasn’t worked. It’s really not the best way to solve a problem. If you’ve done something before and it hasn’t worked, the first thing that you want to ask yourself is how can we do this differently next time.

Every organization has the next best thing that it’s trying to become. The seeds of that are already inside that organization. Though they may not have formal authority, there are people who look around and say, “this needs to change,” or “this is not working, we need to improve this, this is not sustainable…” I believe every organization has within it some set of people that are trying to enable that next step in the organization’s evolution, and some set of people who are trying to stop it from happening for whatever reason. They may have fears and anxieties about it or perhaps dislike loss of control or loss of power that might be associated with it.

For most organizations, the majority of people are in between. They’re open to change, but they are not going to work every day saying things have to change. They’re not overly tied to the past and aren’t sitting there wanting to cling to it. It’s winning over that majority opinion that is the challenge for the leaders who want to create that next step.

How do you bring in the new without completely throwing out the old? Is it possible for organizations to change and innovate while still maintaining some of the old functionalities and values that really worked in the past?

Dave Gray: I think you have to involve people who’ve been there for a long time to help you with the thinking. In most organizations, people are just coming in and doing their job every day. Most people don’t think of part of their job as trying to understand how everybody relates to everybody else, and how that value is created for customers. They’re just thinking about their job. If you want to create real, authentic change that’s going to last, where people are going to actually truly change their behavior and change the organization, you have to involve people in that. They have to be a part of it. You can’t just tell them about it. You have to make time that’s not for work. You’ve got to make time that’s specifically for understanding how to work better together. Often you’ve got to make space for that, bring people into a room, create that space for that conversation.

I believe that having that group visualization (visual thinking) is the best way to make those conversations very productive in a very short period of time. If you’re going to bring ten people into a room from different parts of the organization, they’re going to want to know why. They may say, “why are you asking me to step out of my job today? I have work to do. Why do you want me to come into a room and play around on a wall with sticky notes? I’ve got more important things to do.” You need to be able to explain why it’s important that they’re there to focus on the future of the business.

What’s one piece of advice you have for a CEO who has identified a problem and is about to start on their culture change journey, what would that advice be?

Dave Gray: Focus more of your attention on asking the right questions instead of trying to find the answers. The answers are already there inside the company. Think of your job as to improve the company’s ability to listen to itself and to learn and to grow. You are not there to necessarily direct people, supervise people, or supervise their activity. You are there to listen, both to customers and to the company. Try and listen for what is this organization trying to become. Every organization has already got the seeds of the next generation inside of it. It’s already working to try and become that next thing. Your job is to help it come into being. Your job is to be the catalyst to help that organization find its next best thing.