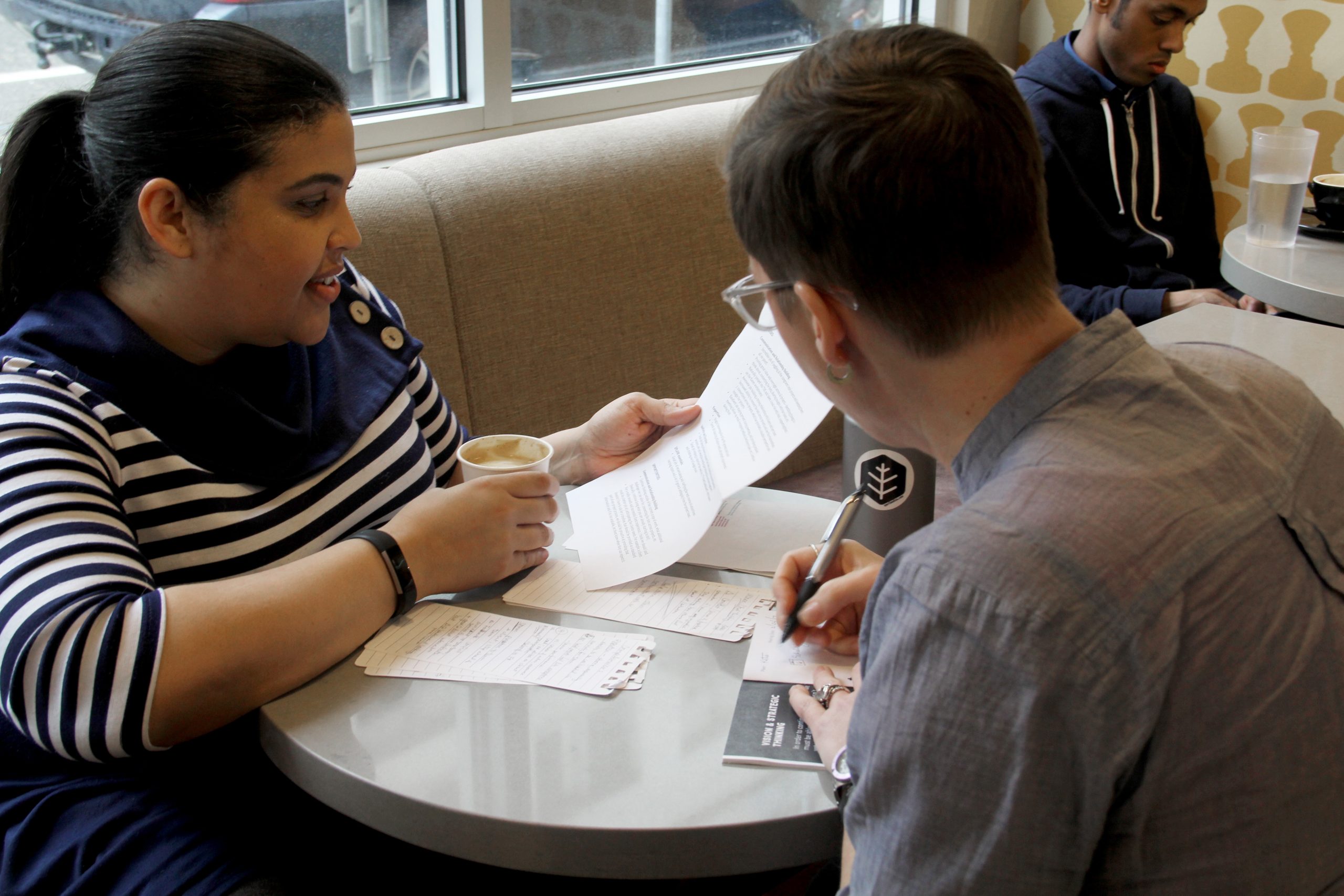 I once worked with a manager who had what he felt was a brilliant idea for a new performance review system.

He was frustrated with the limited nature of performance reviews and trying to pigeonhole a year’s worth of work into a general numerical score. Instead of “an archaic one-to-five rating scale,” he argued that we needed to move the company to a more targeted 50-point scale, ranging from 1.1 to 5.9. He claimed this allowed managers to be even more specific about an individual’s performance. Instead of giving an average player like Chris a three for example, you could give him a 3.5 while giving your slightly better employee Traci a 3.6.

“Just imagine the possibilities,” he said.

Though I found his suggestion of simplifying a five-point system by creating a 50-point system laughable, his instinct that the current system was broken was anything but.

When I came to XPLANE, I was so relieved to find a system that seemed in harmony with the organization. Instead of top-down feedback, a manager would select peers to provide anonymous feedback on performance and check in on the performance midyear.  On the surface, it was a pretty darn good system.

But it wasn’t great.

Though our system met some of our core values, it was in complete violation of others. And, in the end, we could not see that what we were doing actually improved performance.

So we changed it up.
This fall we are starting an experiment: Stop performance reviews. Start conversations.

Here is how it’s going to work: Chris will meet with his manager to identify three coworkers that could give him feedback on his competencies—people that inspire him, people with whom he has worked well, and even people with whom he has had some challenges. Chris would set up time over lunch or coffee to talk with his coworkers and find out if they have recommendations on how he could improve or take his role to the next level.

The intent of the conversation is not to nit pick on what he did poorly that year or even discuss what he did great. Instead, the discussion should focus on what he can

keep doing awesome in the future or recommendations for a pivot in his approach moving forward.

Once he has had those conversations, Chris would identify themes from what he heard and come up with a plan moving forward.  For example, a theme Chris may have identified is that while he is a strong accountant, he explains information in a way that is too technical and goes over people’s head.  His action plan might be to work on his storytelling.  He might read some articles, bounce presentations off of coworkers, or partner with someone who has more facilitation experience.

Chris will share his findings, plan with his manager, and solicit any feedback she might have. The cycle will be ongoing with Chris meeting with three peers at least twice a year (more if he wishes, but not less). At the same time, he will be continuously retooling and revisiting his plan. He owns the plan. Nothing comes back to HR; nothing needs to be signed; and nothing will be filed away.

Wish us luck as we go on this adventure! It is either going to be amazing or a hot mess. Either way, just imagine the possibilities.