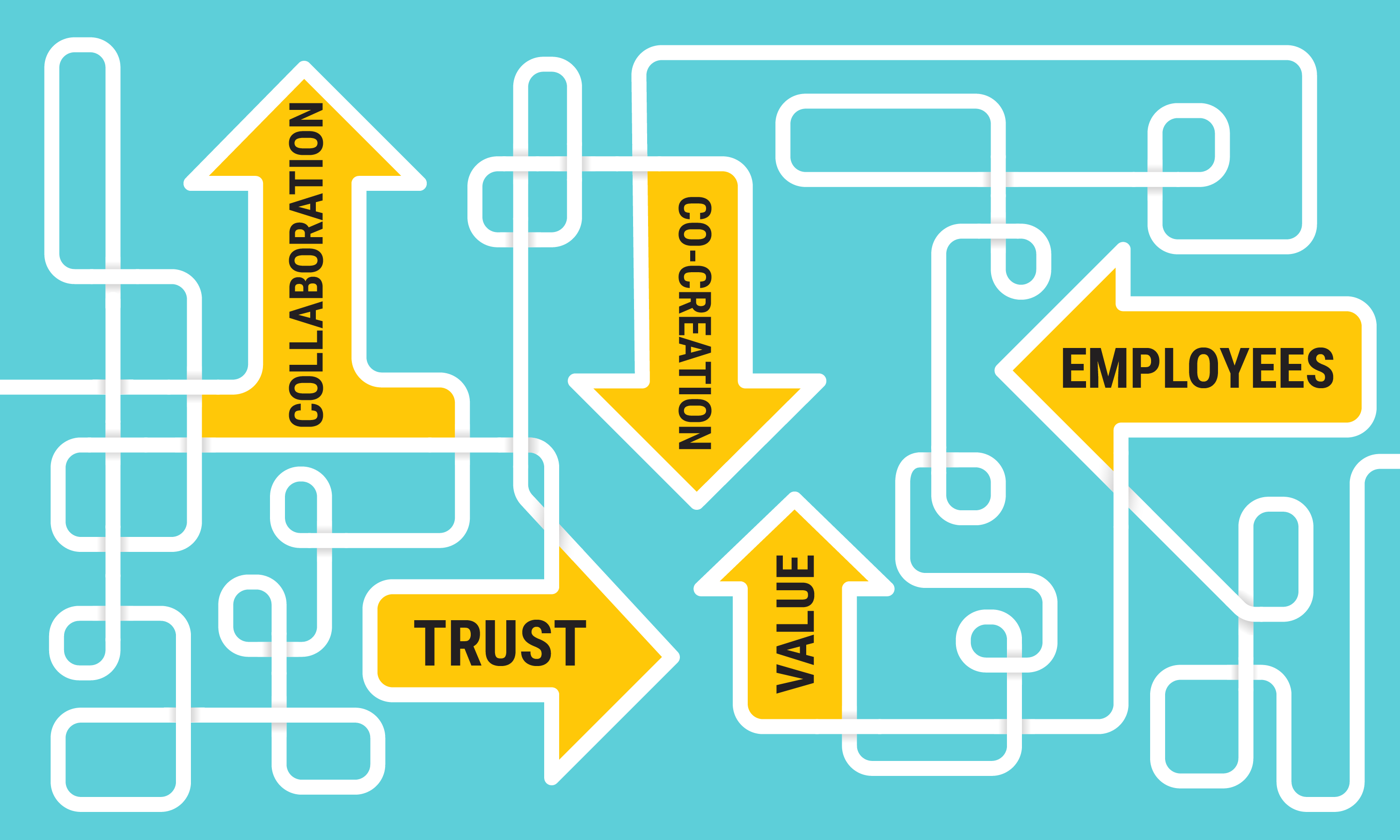 This epochal shift impacts human relationships at all levels, from the smallest (your friendships, your family, your Homeowners Association) to the largest (national governments, multinational corporations, international and intergovernmental organizations).

This is the thesis of Belgian professor of clinical psychology Paul Verhaeghe’s recent book, Says Who? The Struggle for Authority in a Market-Based Society.

Verhaeghe attributes this momentous shift to two primary causes: (1) the digital revolution, which has flattened, accelerated, and democratized information flow and (2) the simple fact that never in human history have so many people been so highly educated.

Anyone associated with traditional hierarchical-pyramidal organizations (i.e. all of us) have surely experienced the friction points where the old organizational structure confronts the new.

This shift is, of course, easier said than done—and there are some things traditional organizations should bear in mind when contemplating “the shift.”

Like the metaphor of the worldwide web itself, a horizontal network structure situates individuals as nodes in a complex and dynamic matrix of peer-to-peer relationships. These relationships are interactive and collaborative. Information is shared openly, often freely, and extremely quickly. These elements, behaviors, and ways of working are intrinsic to XPLANE’s culture, which has traditionally been a horizontal network structure.

This stands in stark contrast to traditional hierarchical-pyramidal organizations, which assign individuals to a station within a specific strata of a top-down, command-and-control hierarchy. And where superior/subordinate relationship dynamics control information flow in ways that clash with the multivariate peer-to-peer information sharing of the digital era.

Additionally, paternalism, a system under which an authority supplies needs or regulates conduct of those under its control (a hallmark of hierarchical-pyramidal organizations), regardless of how well-intentioned, keeps otherwise highly competent individuals from participating fully as organizational adults.

“My favorite thing about working at XPLANE is being empowered as an employee and not feeling micromanaged,” comments Art Director of Brand, Nicole Bittner.

As a result, huge amounts of organizational intelligence are squandered as well-educated contributors further down the pyramid (the majority of the organization’s membership) are relegated to being passive recipients of whatever limited information a narrow strata of decision-makers at the top send down the chain of command.

Traditional organizations often interpret this chafing, and the challenging and questioning it breeds, as insubordination and loss of control.

In an effort to regain control, they respond in the worst possible way. They institute increasingly coercive regulatory and policing measures to force members back into compliance, which produces the opposite of the intended effect: resentment and revolt.

Eventually (hopefully) the organization’s leadership recognizes that battling its own people (its own untapped talent) while flatter, more agile organizations pass them by isn’t a great idea. And rather than attempting to control everyone, they would be wiser to empower their people.

The transition took a mere 10 minutes.

At 4:50 AM drivers were instructed (via the radio) to stop their vehicles, transition carefully to the right side of the road, and wait.

At 5:00 AM a brief countdown commenced and everyone started driving again. Mission accomplished.

It’s a shame that the organizational transformation from a hierarchical-pyramidal to a more horizontal structure can’t happen this quickly.

Unfortunately, such a change requires significant organizational culture change, and culture change is measured in months and years rather than mere minutes.

When we consider that the worldwide web became publicly available in 1991 and 28 years later we’re still adapting organizationally to the implications, it should come as no surprise that sorting out how an organization might best fit within a world of organizations will take time.

That said, there is also a case to be made for not dwelling too long in “organizational limbo.”

For considerations both tragic and comic, Sweden’s traffic transition from the left to the right side of the road isn’t the kind of change you roll out slowly and gradually.

Obviously, an incredible amount of planning was required to make the country’s 10-minute traffic transition happen quickly and relatively seamlessly.

The same might be said about the transition from a hierarchical-pyramidal to a horizontal organizational structure.

The transitional period, that in-between time before you’ve successfully moved from the left to the right side of the road so to speak, can be awkward if not downright painful. The consequences might not be as dire as a half-executed side-of-the-road traffic transition, but the analogy is an apt one, nevertheless.

Without a road map or a clear plan, a partially hierarchical/partially horizontal organizational structure places members of the organization in the awkward position of driving both with and against traffic and traveling both in the right and wrong direction.

To minimize this transition pain it’s essential that an organization not only fully commit to the transition, but also invest plenty of time and effort in developing an actual plan (collaboratively, of course)—and follow through on executing that plan.

See you all on the other side of the road.

If you have thoughts or questions about this post, we would love to hear from you.