XPLANE Helps Inspire a Movement: The Trust The Vote Project 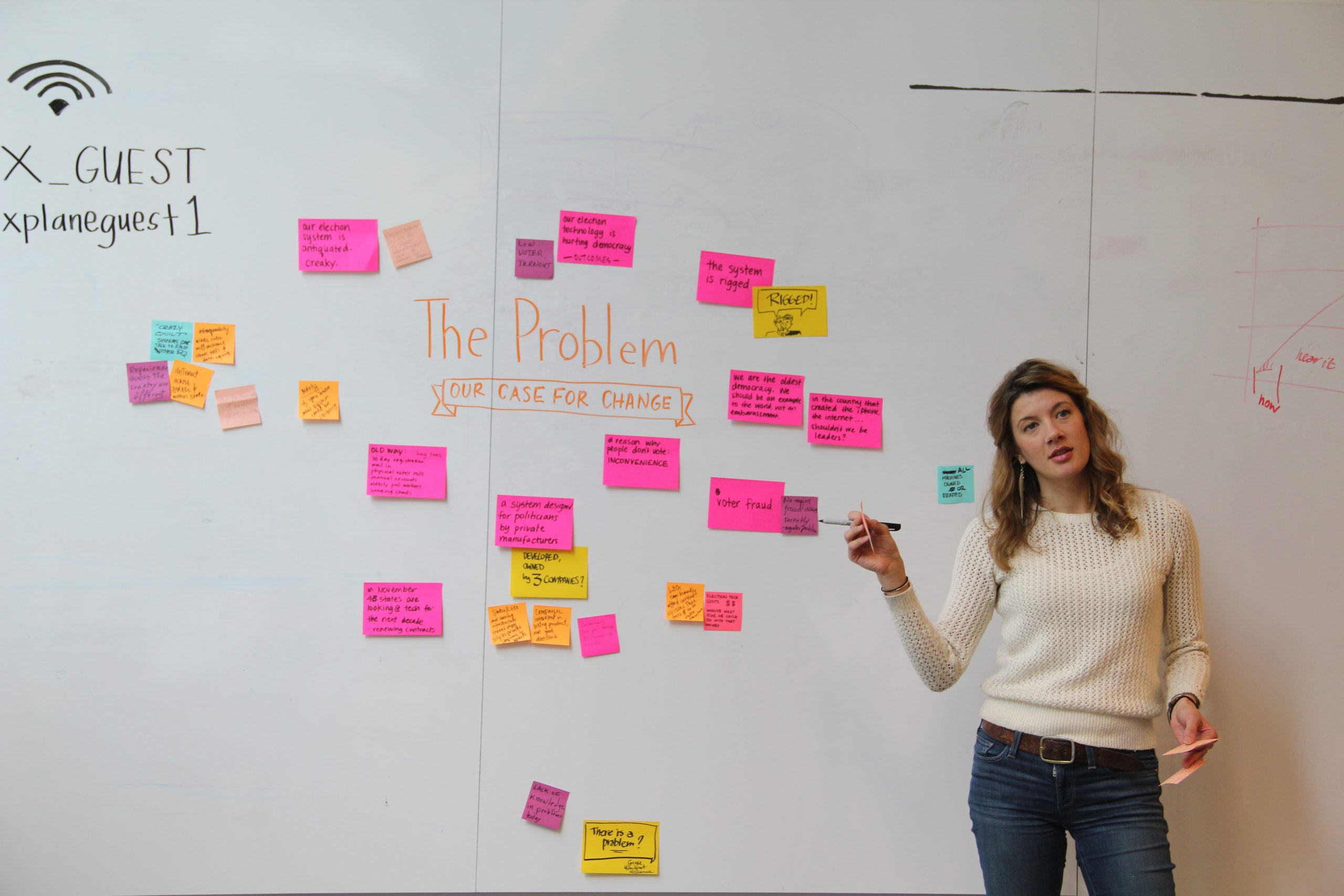 OSET’s team joined us in our Portland studio for a few days of discovery, voter interviews, designing, and planning. Our teams worked together to co-create the key messaging to help drive support for the TrustTheVote Project… The Open Source Election Technology (OSET) Institute has a clear vision: Every Vote Counts. It sounds simple, right? However, tens of millions of dollars have been donated to thinking about or lobbying how to improve elections, end long lines, reduce recounts, minimize contests, and restore trust in the fundamental right of democracy: free and fair elections. Our basic civil right – one person, one vote – is at risk.

OSET partnered with XPLANE to build a groundswell of public awareness around the voting machine crisis and their solution to bring our election process into the 21st century in a national campaign called The TrustTheVote Project.

Voting vulnerabilities, ranging from voter fraud, lost ballots, and miscounted votes, to more recent cyber security threats, have continued to increase and cast doubt on the integrity of our elections. To many voters, the whole election cycle process can feel overwhelming and hopeless. Our nation must restore the trust in the election process.

OSET has a solution: ElectOS, a technology platform that supports all aspects of elections administration and voting, including creating, marking, casting, and counting ballots, as well as managing all back-office functions. ElectOS is more accurate, transparent, verifiable and secure than anything ever used for a public election, at a fraction of the cost when compared to the current systems in use that must be replaced following this November’s election. And it will be publically owned by the people of the United States, not by private corporations. But reinventing how America votes is not an easy task. Communicating the message of election system technology reform is complex, especially when addressing such a diverse audience of voters, election officials, politicians and funders. OSET needed help in clarifying and communicating the scope of their message.

Enter XPLANE. We help create clarity. We drive alignment. We work to create meaningful impact. We believe in visual thinking. We thrive by rolling up our sleeves to support the greater good.

OSET’s team joined us in our Portland studio for a few days of discovery, voter interviews, designing, and planning. Our teams worked together to co-create the key messaging to help drive support for the TrustTheVote Project and develop a clear path forward through a suite of visual design components, including a bilingual animation, presentation slides and citizen landing pageredesign on the TrustTheVote website. And we couldn’t have done it without the help of our amazing Portland partners B. Frayn Masters, Marmoset, TalkBack Sound and RoboToro. It takes a village!

We’re proud of our friends at OSET and the TrustTheVote movement, and are honored to be involved in this impactful work to restore voter trust in our election process. The TrustTheVote message has spread across the nation. The OSET team has met with the White House and Department of Homeland Security, and serves as contributing experts in an ongoing investigative report on voting systems featured on NBC News, The Today Show, MSNBC, and NBCUniversal.com.

The future of voting is bright. The TrustTheVote Project is on its way to changing the way America votes, rebuilding the integrity of our critical democracy infrastructure, and ensuring that every vote counts for generations to come. Join the Movement.