Want to Make a Process Improvement Plan Stick? Focus on the People. 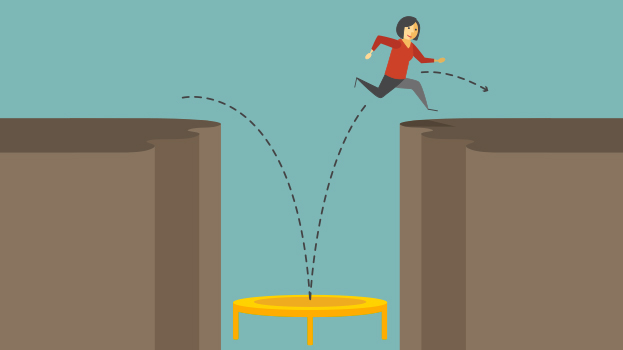 So many process improvement plans are dead on arrival. Why?

So many process improvement plans are dead on arrival. It’s almost like online dating; companies spend millions developing the perfect picture and profile, and yet when the plan meets the actual process, both sides are disappointed.

Processes don’t change by themselves; the people at every step in the process need to change. Unfortunately, most process improvement methods focus on the process more than the people.

Where do things break down?

Most process improvement methods move in the right direction, but they are decades old and were largely developed with manufacturing in mind. Today’s organizations are more complex. Companies have multiple locations, languages, systems, markets, and supply chains.

And, importantly, most processes aren’t just quantitative–it’s not just about how many widgets you can move in an hour–and most can’t be measured or improved only by cutting the time at each step.

These rely on people. This requires a new way to design and implement processes.

To design and implement the right process, visual thinking trumps business thinking because it makes the vital people processes clear and helps people shift more quickly. Co-creation trumps black box development of a process because it gets the people who know the process best involved in designing it.

If you want people to change, they have to know what you want them to do. At most companies, in spite of all the time put into planning, the process often only makes sense to the people who wrote it.

Large companies often create slide decks, hundreds of pages long, to describe a new process. But all that information then ends up confusing people, and all the boxes and arrows do little to provide clarity for people around key elements of a process. For example, some of the biggest pain points are documents and handoffs of projects between teams and input into decision-making. Most slide decks and diagrams and arrows do little to clarify these.

When organizations visualize a new process, it accelerates understanding and alignment. People can see what they are supposed to do and how what they do fits into the big picture. When they have clarity, people can adapt to a new process faster and get it right the first time.

Vision is the most dominant sense. It takes up half of our brain’s resources and handles over 80% of new information. And images trump words in both understanding and memory. We know from research on the Picture Superiority Effect that if people hear something, they remember only 10% after 3 days, but if that information is accompanied by visuals, people remember 55% more.

Co-creation means designing the new process with key stakeholders, instead of getting experts to design it for them. When new processes are developed in a conference room by a small group of managers and a subject matter expert, many of the most important “expert” voices are shut out of the room.

Engaging stakeholders from across the organization helps everyone understand the constraints that exist at all levels as well as the shortcuts and workarounds that have been developed by individuals in every role. That way, you start out with the actual process, not a five-year-old plan that may never have been implemented as it was on paper.

Then, building the new process with those same people in the room gives you the very best ideas from different vantage points.

One group we worked with was growing rapidly from a close-knit body where everyone knew everyone else to an international organization with multiple locations in multiple countries. That was creating friction as teams started to expand and step on each other’s turf. Getting those teams in the same room to co-create a new process led to a much more elegant solution than anyone expected, and by the time we walked out of the room, each team had clear roles and responsibilities.

When it comes to process innovation, every organization develops some type of new future state of the process. Some groups document a current state starting point, and some add a communications plan to get the word out. Very, very few complete the process of validating their plan and then activating and embedding it across their organization.

Companies run out of time or money or just don’t value these steps. If you want people to change, and you want results from your new process, validating, activating, and embedding are vital steps.

It’s easy to want to skip this step. You’ve completed months of work to develop a new process; everyone on the committee loves it; and everyone is convinced that it will be more efficient and give you better results. There is a common misconception that stopping to test just slows you down and adds to costs.

But validating lets you look at the process from every angle, so it can be refined to give you the best results. Teams can do scenario walk-throughs and stress test or prototype key processes, so you can make adjustments now to accelerate adoption when the plan is rolled out.

We watched one multinational rush to announce a process change before the end of the fiscal year. Months later, the new plan had received little more than lip service from executives, creating a layer of bitter cynicism between employees and mangers. There has been little change, no results, and, so far, no accountability.

Validating is when stakeholders from across the business establish metrics and milestones so they can assign accountability, measure success, and set deadlines. Without these, it’s impossible to forecast results or to measure the ROI of any process improvement plan.

Activation is where most good process improvement plans die. After all the time and resources spent developing a new process, managers send out an email, hold a Townhall, and then not much happens. Executives wonder why people aren’t embracing the new process.

Activation Isn’t Just About Communication, and It Isn’t a One-time Event. People who have been doing a process the same way hundreds or thousands of times may not be eager to change. You may have to convince them why it’s important and then help them learn how you want them to do it.

It helps if you have already invited key stakeholders to help you co-create the solution; then those people are experts on the new process and will promote it in their department. They quickly begin to model the behavior you hope to promote.

A few years ago, The Wall Street Journal compared process improvement plans to dieting. While there is some initial success with both, organizations, like dieters, usually fall back into old patterns and habits, lose momentum, and end up back near square one.

To really make change stick, it can take as long as one to two years. To embed a culture of continuous improvement can take longer.

Continuous improvement is the nirvana of process improvement. In its perfect form, it’s a state where everyone in the organization is on the lookout, all the time, for big and small ways to improve the process. Any of those people, regardless of how junior, can raise their hand and suggest change.

That requires a huge change in mindset for most managers and employees. At first, organizations have to formalize feedback loops and improvement sessions. Many companies have to prove to employees that it’s safe to criticize, question, and suggest alternatives. Visual cues and frameworks can help build that trust.

Many managers have to learn how to encourage and foster those conversations, so they need training, practice, and examples of what works.

In a study by Insigniam, 74% of executives said operational excellence is the single biggest factor determining success and 76% said innovation in internal processes would give them a competitive advantage.

By combining the principles of visual thinking and co-creation with the steps to validate, activate, and embed, Visual Process Innovation transforms and accelerates the way organizations innovate their processes.

Cynthia Owens is a Senior Consultant at XPLANE.