The Power of the Playbook 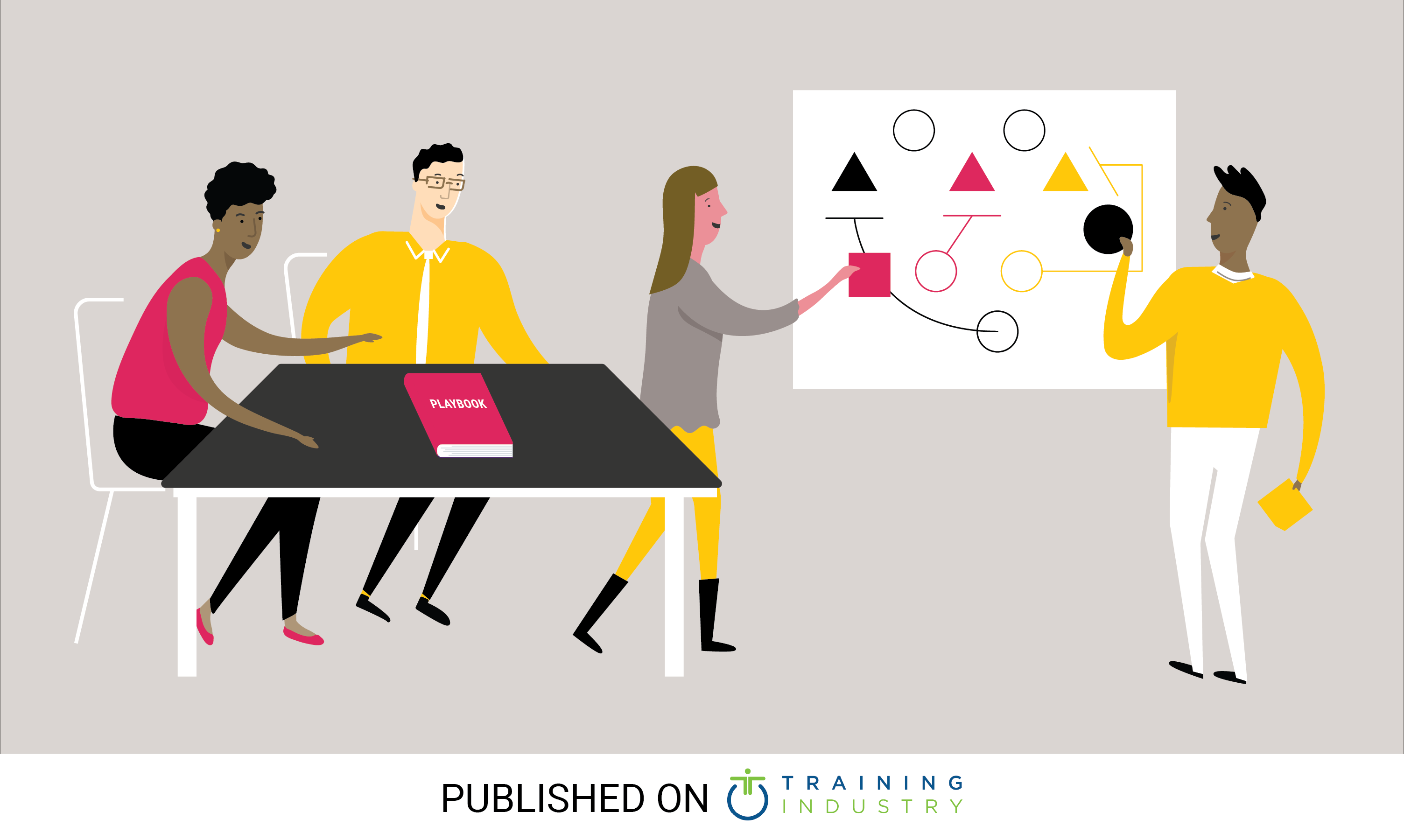 “The Power of the Playbook” was first published on TrainingIndustry.com.

My father is a renowned high school football coach — a member of a Coaching Hall of Fame with six state championships and countless playoff appearances under his belt. Needless to say, I grew up in a world of playbooks and goal charts. I remember watching him work on his playbook every weekend. First, he’d chart his team’s latest performance on its “Goal Chart,” next to the goals it had set the previous week. Then, he’d study his next opponent and update the playbook with new plays and the revised game plan, taking into account the performance and capabilities of the team he was leading and the opponent it was facing.

Like all talented leaders, he communicated the team’s goals, and he measured, and held people accountable for, their performance against those goals. But, unlike many leaders, he then followed up with specific guidance on how each role could be better next week — reshaping the plays and the game plan that the team would follow to achieve its next goal and improve its performance in the process.

There are two fundamental elements that make playbooks powerful: their form and their function.

Playbooks are visual. They combine images and words and organize them for quick reference and easy retention.

Playbooks have the following components: In these three examples, playbooks help make visible how roles, plays and game plans combine to achieve outcomes in a visual and easily understood way that engages people, helps them remember and shapes new behaviors.

Karan Arora, head of global commercial digital and innovation at AstraZeneca, leverages playbooks to help align his teams around the “what,” “why” and “how” of their business.

“Playbooks drive focus and alignment, enabling efficient scale of initiatives”, says Arora, who credits the use of playbooks to driving structured momentum and fundamentally changing how his teams deliver value at scale in a clear, institutionalized way.

How do you make playbooks a winning tool in your leadership toolkit? There are five steps:

1. Discover the Most Leveraged Process That Requires Coordination of Roles and the Ability to Learn and Adapt

This type of process is a “game-changer.” Game-changer processes make or break a team’s ability to succeed together.

2. Document the Plays and Game Plans That Result in the Ideal Outcomes

Study your wins and your losses. What did you do that led to the desired outcomes? When the team didn’t perform well, what broke down? Find the plays that led consistently to positive outcomes, and document them.

3. Design a Set of Teachable Plays and Game Plans

Which of those winning plays can you scale? Which can be taught most easily to the entire team, not just your stars, but also the group as a whole? Which, even if they aren’t flashy, can be executed well, consistently?

4. Deploy to the Team

Teach the plays, rehearse them regularly, apply them in the field and debrief on the outcomes. If they worked well, use them again; if they didn’t, find out why. Are there new factors in the system you need to consider, or do you just need to keep practicing?

Build feedback loops that help you see what’s working; what’s not; and how to continue to develop the playbook by learning, adapting and iterating constantly as situations change and new challenges arise.

The best teams not only rehearse how to work together but learn how to adapt together. An effective combination of training and tools to reinforce and support the training leads to better outcomes. Playbooks are a powerful tool to help business teams not only to act as one but also to adapt as one.