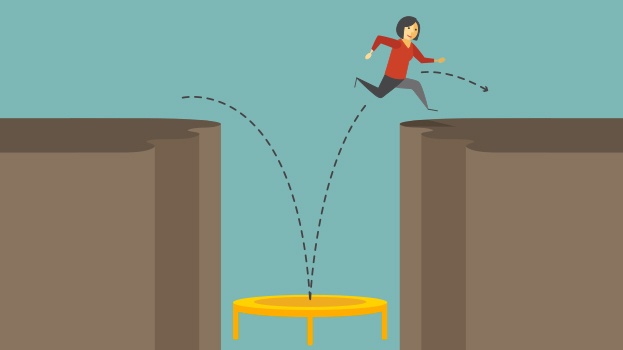 Failure – in fact, repeated failure – is a core characteristic of successful change. Failure – in fact, repeated failure – is a core characteristic of successful change. Its counterbalance is a continuous improvement mindset that values rapid iteration, safe sandboxes for experimentation, and responsive feedback loops.

Nassim Nicholas Taleb writes about non-fragile systems being either robust (strong but ultimately breakable), resilient (rebuilds stronger when broken) or anti-fragile (thrives on volatility). Too often change is “managed” as a robust system in which a top-down machine of worksheets, charters and governance bodies presses the organization toward its stated goal. Taleb, among others, recognizes that systems are less fragile when designed bottom up than top down. This is similar to the law of requisite variety Dave Gray discusses in The Connected Company: “any control system must be capable of variety that’s greater than or equal to the variety in the system to be controlled.” When the complexity of change exceeds the complexity of “change management”, we are fragile.

Resilience and adaptation mechanics are designed into the best change programs. The answer is to deploy change less like a machine and more like an organism.

By looking at organic forms of organizing for change, we can face the unpredictability and complexity of the future with resilience, rather than robustness that obscures underlying fragility.

Stephanie Gioia is the Director of Consulting at XPLANE.